A charge of murder, where a sane person 'unlawfully kills another with the intention to kill or to cause grievous bodily harm' is the most serious of crimes in England and Wales.

There are three partial defences to murder: diminished responsibility, loss of control and killing in pursuance of a suicide pact.

In addition, there is a so called 'concealed' partial defence, created by legislation in the act of infanticide.

Duress is not a defence to a charge of murder or attempted murder.

Partial defences bear all the ingredients of murder but if successfully argued, reduce the offence to an act of "voluntary manslaughter" not murder.

We fully understand the severe stress that a murder charge will cause you and your family. Our lawyers will always act sensitively and ensure you are advised fully every step of the way.

We understand you or your family may wish to speak to one of our team at any time for advice and reassurance, which is why we provide telephone service seven days-a-week. Call our out-of-hours number on 07789 622 430.

We are a boutique law firm with a renowned excellence in handling murder and manslaughter cases which has led us to work on many high-profile, complex crime cases including those attracting national media interest, including:

R v Walsh - Janes Solicitors successfully defended our client in the ‘New Essex boys’ Murder trial, involving the murders of three drug dealers involved in a gangland dispute in Essex. The murders became the basis for the feature film ‘Bonded by Blood 2’.  This was a highly-publicised case, attracting widespread publicity.

Johnson and Johnson – Murder and Attempted Murder - Janes Solicitors along with Counsel Sallie Bennett-Jenkins QC, David Nathan QC, Mark Fenhalls and Robert Rinder represented two brothers, Crisdian and Shane Johnson who were charged with Murder and Attempted Murder following what the Crown described as an organised gang related knife fight which took place in a park in south London in April 2009. The case made headline news as it was the first time that canine DNA has been presented as evidence in a British court.

R v Yam - The first case in peace-time where a Defendant was prevented from giving evidence in open court, his was a highly complex and unusual murder case attracting national publicity. The victim, an author-recluse, was found by the police in his home in the Millionaire’s getaway of Hampstead some two months after he had been battered to death. Following an international manhunt, the Defendant was extradited from Switzerland and twice stood trial. On each occasion, he was stopped from giving evidence in open Court as there were concerns that this would constitute a breach of national security. This ruling drew attention across the legal spectrum as it not only highlighted concerns over restrictions on the defendant’s right to present his defence in public but also the limitations on press freedom to report such cases.   The case is pending appeal to the European Court of Human Rights.

Janes Solicitors’ defence team take a proactive approach with each client to offer maximum support and a commitment to achieving the best possible outcome for you, and ensuring your interests are paramount. We are best known for our high-profile successes, our combined breadth and depth of knowledge and experience in this field and the exceptional level of service offered to clients as evidenced by the continued referral of cases by other firms, Counsel and by previous clients.

Our lawyers offer a personal case tailored service to suit the specific needs of each of our clients.  Our skilled and focused approach, as well as our technical expertise on these demanding cases have helped to mark us out as leaders in our field.  Janes Solicitors will guide and advise you every step of the way.

The law distinguishes between murder and manslaughter depending on the accused's intention at the time of the killing. The most commonly used defences for murder are self-defence, loss of control and diminished responsibility, such defences may bring a murder charge down to a lesser charge of manslaughter. Section 4 of the Homicide Act 1957 reduces murder to manslaughter where the survivor of a joint suicide pact, took part in the killing of another person in the pact or was a party to that other person being killed by a third person.

Our expert lawyers regularly advise clients on all aspects of corporate manslaughter.

A charge of attempted murder is very serious, attracting heavy penalties.  A conviction will be sought where the Prosecution believe the accused intended to kill another person. The Prosecution has to show that the defendant attempted to injure so seriously that death may have followed.

If you are facing an attempted murder charge, get in touch with us as soon as possible.  With our expert defence team on your side, we will dissect every detail of your case and you can be assured that Janes Solicitors will work tirelessly to achieve the best possible outcome for you.

A person can be found guilty of murder if the court finds the defendant was part of a group or a plan to murder or cause serious injury, even where the defendant did not cause or inflict the injuries themselves. This is known in England and Wales as the joint enterprise doctrine.

The recent Supreme Court ruling in R v Jogee [2016] UKSC 8 held that both the proof of conduct element (such as encouragement or assistance) accompanied by the mental element (whereby the accessory must have possessed the intention to assist or encourage in the commission of the crime) was necessary to find an accessory liable under the joint enterprise doctrine.

With our expert knowledge and years of experience in murder and manslaughter cases, our lawyers will help build your defence strategy against a charge of joint enterprise.

Janes Solicitors is a high-quality niche practice providing specialist advice on all areas of serious crime, including murder, drug offences, robbery, sexual offences, fraud and terrorism. With extensive experience in criminal defence we have a well-earned reputation as leaders in our field with proven success.  We take a proactive and pragmatic approach to legal advice and build a solid case-tailored defence team of leading professional to suit the needs of each of our clients. We are highly committed to our clients and take pride in our fearless commitment in each and every case.

If you need advice, are under suspicion or investigation or if you are being prosecuted for a serious criminal offence, telephone our offices today on 020 7930 5100.  Alternatively you can contact us via our online contact form, and one of our team will be in touch as soon as possible.

We are there when you need us. We understand sometimes you may need urgent advice outside normal office hours. Available seven days a week, you can call us on our out-of-hours service number on 07789 622 430. 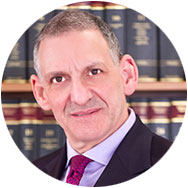