When the Police or Court issues bail against a suspect or a defendant the conditions imposed may be unduly restrictive or have a devastating impact on your daily life.  When a defendant applies for bail or a bail variation, the Court will usually decide on the basis of whether the defendant is likely to fail to return to answer bail, and they will also decide whether any further conditions are necessary.

Factors the Court will consider are:

At Janes Solicitors, our lawyers assist clients to apply for bail or vary their bail conditions. We will carefully examine your case and advise you every step of the way.

If you have any bail related concerns or you have been remanded in custody without bail, get in touch at the earliest opportunity.

The changes brought about to police bail by the Policing and Crime Act 2017 are revolutionary, but have received scant media or academic attention.

I surmise that this is because the provisions do not appear to have yet been considered, or at least reported, by the High Court or Court of Appeal.

This hiatus provides the defence leeway to make representations on behalf of their client in respect of either the grant of bail subject to conditions or the continuation of such bail conditions, unfettered by case law and based on the provisions of the Act itself. In my submission the Act provides ample opportunity for this, both procedurally and substantively, and this opportunity should be grasped by the defence whenever appropriate.

First and foremost the grant of bail (as opposed to a defendant being unconditionally released) should now be the exception rather than the rule. Unless there is sufficient evidence to charge, release must be without bail unless the custody officer is satisfied that releasing the defendant on bail is necessary and proportionate in all the circumstances (having regard to any conditions of bail which would be imposed) and an officer of the rank of Inspector or above, having considered any representations made by the person or their lawyer, authorises the release on bail.

Therefore the defence representative will in all cases have the right to make representations both to the custody officer (as before) and also to an Inspector (s.50A PACE as inserted by s.59 Policing and Crime Act 2017).

It appears clear that the terms of the Act do not permit this provision to be circumvented by the Inspector signing a pro forma or having granted authority in advance. There must be an opportunity for the defence representative to make representations to an Inspector.

In the author’s view, if this procedure is not followed and an opportunity to make these representations is not granted, the grant of bail will be unlawful and is susceptible to judicial review.

In practical terms the procedure provides the defence representative with a mandatory opportunity to challenge the grant of bail altogether so that any conditions of purported bail such as residence or surrender of passport automatically subside. However, of course, if such a challenge is unsuccessful, it does not in any way preclude representations and a challenge to individual conditions.

The new test is that bail must be necessary and proportionate. Therefore, in the author’s view if a package of proposals can be put forward which undermine the necessity for bail, it would normally mean the necessity for conditions, as stipulated by the Act, will fall.

The concept of proportionality in respect of bail, as expressly stated, appears to be new in this context and may very well assist, for example, to prevent a restriction on travel where the offence is of a relatively minor nature, even though the defendant may not have strong community ties. Regard must be had to the burden upon the defendant imposed by the proposed conditions as against the seriousness of the offence and other factors.

In cases where a passport or other travel document has been retained by the Police and the defendant is not admitted to bail, the defence should be on their guard to seek return of the passport as it will not be the subject of any bail conditions. If the Police or other prosecution agency seek to retain the passport as evidence, this may normally be challenged under s.21 PACE as a copy would usually suffice. In the majority of cases there would be no evidential need for the original of the passport.

The defence representative therefore should when appropriate make representations both to the Custody Officer and to the Inspector about the grant of bail altogether and also in relation to any conditions imposed if the challenge to bail is unsuccessful.

If bail is granted it is limited in normal cases to 28 days from the date of arrest.

It may only be extended beyond the 28 days period by the Police if it is authorised by an officer of the rank of Superintendent and only if he is satisfied that the continuation of bail is necessary and proportionate, the investigation is being pursued diligently and other conditions as set out in the Act are met.

In the author’s view, there is potential for these strict provisions to be discarded due to the shortage of Superintendents and the difficulty of complying with these terms in practice. This surely makes it all the more important that the defence are vigilant to ensure these statutory provisions are not circumvented, so that the impact of the new legislation is properly regarded and achieved.

There does not yet appear to be an authority upon the point, but it would seem that any challenge to police bail to the Magistrates’ Court under the existing procedure may include a submission that bail should not have been imposed at all. There is also the potential remedy of judicial review.

It is felt that in practice the grant of bail will normally now be confined to cases in which the Police wish to impose conditions, which makes it all the more important that the defence representative is on alert to challenge both under the provisions of the new Act and under the existing procedures, reminding the prosecution that the onus is at all times upon them to show that the bail is both necessary and proportionate.

The possibility of continuation of bail, after authorisation by a Superintendent, in the Magistrates’ Court and the issue of defendants not on bail being left to fester will be dealt with in a follow up article.

Speak to our team today for advice and assistance. 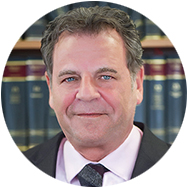