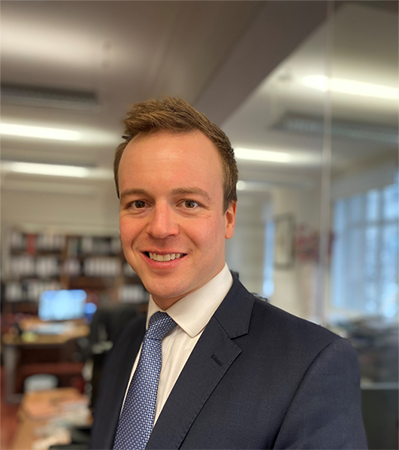 Need advice? Call us now 020 7930 5100
This email address is being protected from spambots. You need JavaScript enabled to view it.
For the best defence Contact Alex

Alex qualified as a solicitor in 2014 and worked at firms in Nottingham and London before joining Janes in 2019. He runs a caseload of serious criminal cases including murder, major drugs conspiracies, complex fraud and terrorism. Alex has represented clients as litigator in a number of high profile cases and has earned an excellent reputation for representing secondary parties in joint enterprise murder cases.

Alex prides himself on being able to deal with any type of criminal offence during pre and post charge stages and understands the value of early and quality advice and preparation. He is aware that being a suspect or defendant can be a daunting and overwhelming experience, and values his attention to client care, seeking to allay any worries while being mindful of giving practical and realistic advice.

He has featured on the BBC in connection with his work and regularly gives presentations to students at local schools and universities.